Locomotion is one of the most basic forms of movement. It is a rhythmic alternation of sets of muscles that support body weight and move the body in a particular direction. The spinal cord contains the necessary and sufficient neural machinery to allow animals to locomote, even in the absence of any inputs from the brain! This ability of vertebrate species to walk or swim is based upon the operations of an ensemble of neurons in the spinal cord which are wired together into a network. The activity of this network generates the rhythm that underlies walking and coordinates the muscles involved in locomotion. This network is also known as a Central Pattern Generator (CPG).

If you’ve ever had an object slip through your hands, you are aware of how we can reflexively tighten our grip to secure that object.  A population of neurons in the spinal cord is known to play a crucial role in hand grasp that seems to be intimately tied to this ability to properly adjust grip force when the situation requires it.  These neurons, called dI3 interneurons, are a population of neurons found in the deep dorsal horn that are identified by their expression of the transcription factor Isl1.  dI3 interneurons receive sensory inputs originating from the skin and conveying touch.  In turn, these neurons send excitatory projections to motoneurons, the neurons that innervate muscles and directly control muscle contraction.  Silencing this spinal sensory-motor circuit led to striking deficits in hand grasp (Bui et al., 2013, Neuron).  Having identified the functional role of these neurons, we now hope to detail the fine mechanisms by which dI3 interneurons receive information from the skin conveying touch in order to control hand grip for everyday hand function. 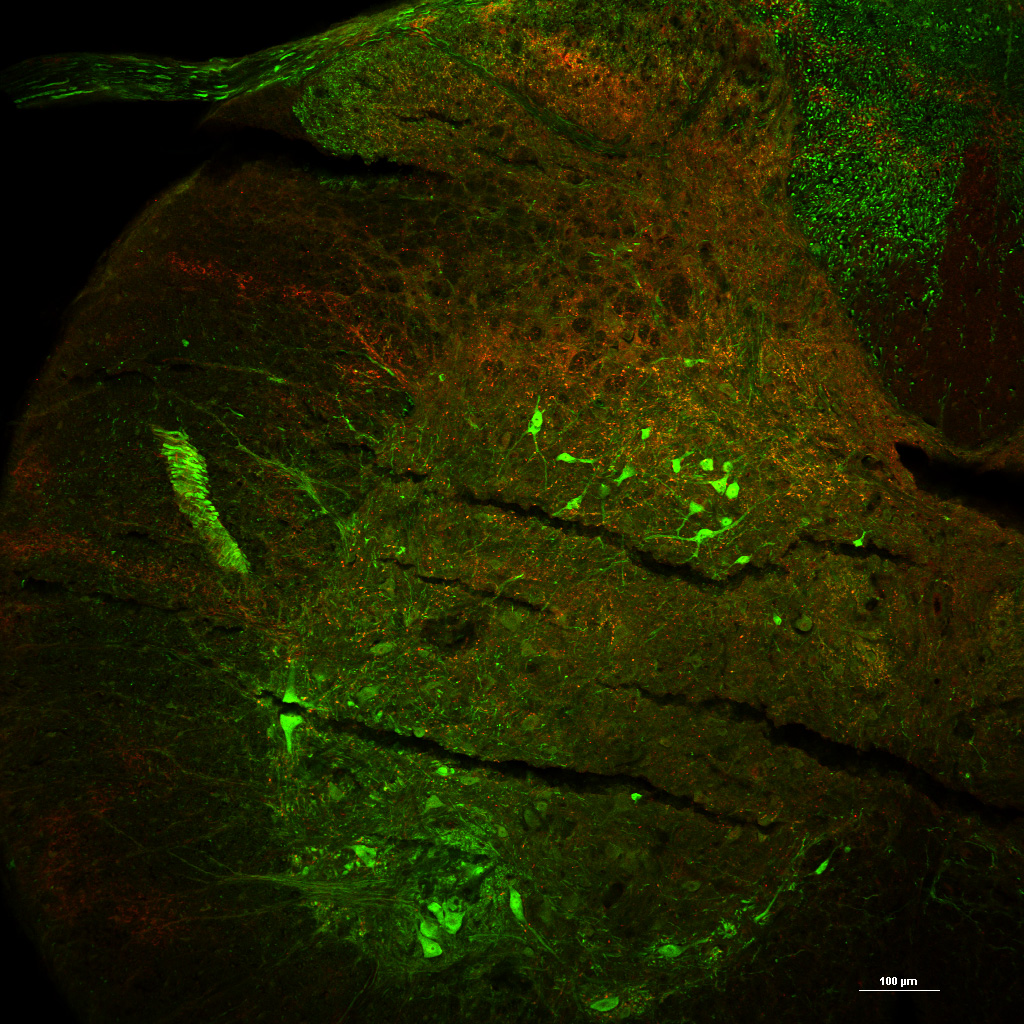 dI3 INs in a transverse segment of the cervical spinal cord. dI3 Ins are found in intermediate laminae whereas motoneurons are found in the ventral horn.  Note the sensory inputs (red, vGluT1 staining).